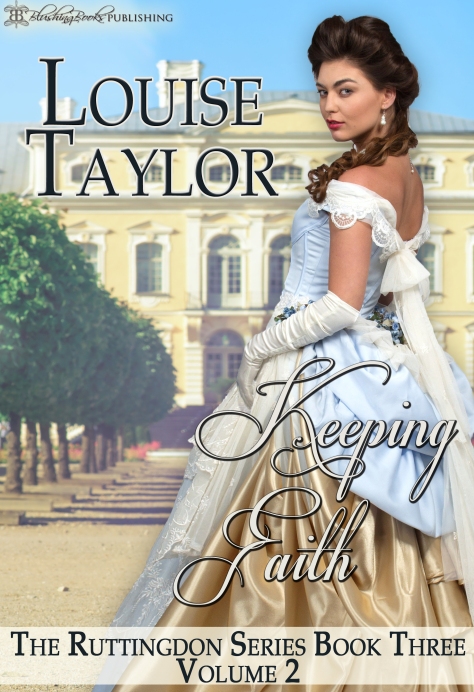 The Duke of Buckingham’s lascivious and deviant attentions are too much for Faith, so she leaves him. Only he made her feel more alive than ever before, and now she regrets her choice.

To her own amazement, she changes her mind and decides to return to extend her contract with him. She is now his property until the end of Ruttingdon Club’s licentious house party at the duke’s country home.

While most of the upper crust party guests are happy to follow Club rules, one man seems determined to claim Faith as his own and make her bleed, despite the rules.

Now, with the duke bound by Club tradition, Faith is placed in a dangerous position when the evil Sir Leslie decides to snatch her away from the man she loves.

Can the duke overcome a lifetime’s strict adherence to his own sense of honour and the rules of the Club? Or will Faith be left to the mercy of the cruel Sir Leslie?

Read Keeping Faith, the concluding part of the third book of the Ruttingdon Series, to find out!