Well, in 73 days. But I have a release date for not one but two – that’s right, two brand new books!

August 13th 2016 will see the release of the third novel in The Ruttingdon Club series. It was so large – over 150000 words – that I made the decision to split it into two halves. Me and George R R Martin, folks. Too wordy for our own good.

Having Faith, the first half, tells the story of how the very good and respectable Miss Faith Halstead found her normal life ripped away from her because of one dreadful mistake. Alone, vulnerable and now a fallen woman, a mix-up at a railway station lands her in front of the Duke of Buckingham, premiere member of the Ruttingdon Club and a man who demands his own way – and gets it. In need of female companionship for an upcoming Ruttingdon Club house party, he offers the role to Faith; in return for her submission, she would earn enough money to start her life afresh.

One week of sin with the most handsome duke in England – dare she refuse?

Well no, she doesn’t, otherwise I wouldn’t have had to write Keeping Faith, the concluding half!

Faith Halstead has done it again – she’s fallen in love with the wrong man. The Duke of Buckingham may have bought her body, but she’s given her heart away for nothing. Her week with the duke has been extended to a month, and she’s never been happier, but it’s bittersweet; soon she will have to leave him and start a new life somewhere far away from the blissful depravity of the duke’s country home. Meanwhile, the duke has been wrestling with his own feelings towards the beautiful, naive woman who has blossomed into the perfect submissive before him. The Ruttingdon Club’s house party at his country home opens his eyes to the darker side of the private club’s traditions and members, and the house party turns into a desperate race to save Faith from the evil clutches of the villainous Sir Leslie. It’s a good thing for the Duke of Buckingham that he can rely on his friend the Duke of Rothmuir and his new wife for help bring Faith back where she belongs – in his arms.

Yes, despite this being a book about a completely different couple, Annabelle and her husband have made an appearance in Keeping Faith. I couldn’t help it; Annabelle was so excited to go to a Club meeting at the end of Annabelle Awakens, I couldn’t keep her out of it! Then when everything takes a turn for the dramatic, she acts as how I imagine a spirited woman of the age would have acted, especially when supported by her besotted husband. Let’s just say that Annabelle makes her mark on the villain, and we’ll leave it as that!

The books will be released simultaneously, to make sure that nobody has to deal with any annoying cliffhangers. I’m waiting for a revised contract and for my poor editor to get to grips with the enormity of the task ahead of him, but when I get the go-ahead I’ll post the first chapter for free here, as I usually do. 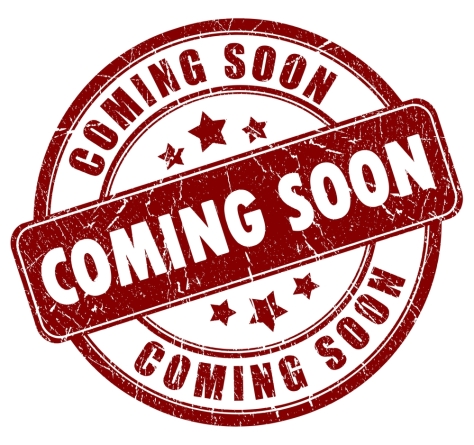