Oh, the big question! As a die-hard Harry Potter nerd, this is something that I’ve spent far too long thinking about.

Everybody says Gryffindor, right? After all, that’s presented to us as the “best” house, as Harry, Hermione and Ron are all Gryffindors. Neville Longbottom, my favourite Potter character, is a Gryffindor and shows that bravery comes in different forms.

The thing is, though, that if I were a teenager, and surrounded by other teenager Gryffindors for any length of time, I think I’d go mental. Yes, they’re brave and noble, but let’s face it, apart from the notable exception of Hermione they’re not exactly…well…smart. They’re the sort of people who blindly charge into things, knowing that it’s the right thing to do, without stopping to think about whether it’s the smart thing to do. Think about all the times Harry and Ron could have killed themselves – the flying car, the frozen lake, the attack on the Department of Mysteries – and think about why they didn’t!  The car’s magic protected them from crashing, and the acromantulas! Harry’s urge to get the sword in the lake would have killed him had Ron not been there to fish him out. Harry’s blind desire to protect Sirius, no matter how well-intentioned, was used against him, resulting in the death of Sirius, a near-death experience for Ron and the destruction of the prophecy.

Quite frankly, I think the books should have been called Hermione Granger And The Two Idiots She Dragged Through Six Years Of Formal Education!

Anyway, I’m not that brave. I haven’t had my ears pierced yet despite years of wanting to do it. The thought of it freaks me out!

Hufflepuffs are fantastic. Everybody should have a Hufflepuff or five in their lives. Newt Scamander was a Hufflepuff! I wouldn’t have had a problem being Sorted into Hufflepuff because if they’re anything like Helga Hufflepuff, they’re accepting and kind.

The thing is, I know that I’m incredibly judgmental, and I don’t think that’s a very Hufflepuff trait. In fact, I know that I can be downright sneaky and duplicitous, which are very Slytherin characteristics. I couldn’t – I wouldn’t – go all-out Death Eater like so many of them seemed to do, but I’m not as good as a Hufflepuff. I’m just not.

I have always tested well, and I do pride myself on my intelligence. Of all the houses, I think it’s most likely that the Sorting Hat would have put eleven year old me into Ravenclaw. The thought of solving a riddle to get into Ravenclaw Tower actually makes me quite nerdily excited!

The thing is, the point that Rowling makes in the books, especially by the end, is that pupils shouldn’t be sorted into Houses so rigidly. People are more than just brave, or clever, or kind, or sly. I know from many years of experience how teenagers change as they grow, and how their personalities are developed. Is it any wonder that Slytherins turn out badly if they’re only allowed to socialise with other teens with the same personality traits? That Ravenclaws become obsessive about studying?  I don’t think that anybody is purely one House or another – look at Hermione, who should really have been a shoe-in for Ravenclaw but was bumped to Gryffindor instead, or Neville, who has Hufflepuff stamped all over him but again, was put in Gryffindor. Look at Harry, who could have so easily ended up in Slytherin.

So, perhaps I should be a hybrid. A Slytherclaw, perhaps. Sneaky, but too smart to get caught doing it? Sounds about right… 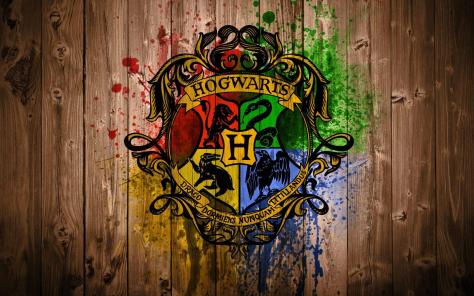