Odd things happen around me and to me far too often for me to register them as strange; once, in university, a friend said to me “Our lives are far more like an episode of Spaced than Sex In The City, aren’t they?” and then her housemate burst into the kitchen, sang the theme tune to Quincey and left again, without talking.

So yes, very much like Spaced.  I don’t think that this is a bad thing at all.

I think that the strangest thing that I’ve paid to experience this year has been the Shrinking Violet body wrap I indulged in a few days ago. My local beauty salon has been offering them for a while, but at £60 a pop, I had steered clear. However, there was a half price sale on, and I had received some royalty money, so I decided to indulge myself.

I was shown into the room where their massage lady has previously worked some very tricky knots out of my back. This time there was no plinky-plonky music but there was a veritable wall of heat. The wrap works in a hot room, so they had fired up their heaters and let rip! I was left alone to strip down to my bra and knickers, whereupon some very lovely smelling cool gel was smoothed into bits of my body that I wouldn’t normally show somebody until at least the third date.

Then the woman broke out the wrap, which I am sure is a very sophisticated plastic inch-loss system, but looks for all the world like a giant roll of cling film you’d buy from Costco and take ten years to use.  I was wrapped fairly tightly in it, and then helped to lie back on the massage bed with a few nervous warnings about sweating being very normal and to drink the water she had put next to my head on a little trolley. With a promise to check in on me, she left the room to attend to other clients.

I tried to read for a bit, but holding my iPad above my head was a bit difficult, so I fired up a podcast to listen to. The next thing I knew, I was woken up by the nice salon lady telling me it had been an hour and that I  really should drink the water.

I had zonked right out! Apparently it’s quite common, and I can see why. The heat was quite oppressive, and if you’re a bit tired after the festive season it would be enough to send you to sleep.

She unwrapped me, measured me and noted my new measurements before making me drink another glass of water. I wasn’t to shower for at least 12 hours, 24 if I could help it. That was hard, because I like to wash my hair every morning and going without that made me feel grotty the next day. Smaller by several inches, but grotty!

Now, there’s a bit of a debate online about the validity of these wraps. What happens is that the company claims the gel essentially liquefies some of the fat cells and your body excretes them in urine. You’re encouraged to drink a lot of fluids before and after the wrap, and stick to a healthy diet and exercise plan between wraps. You won’t lose weight with the wraps, but they do claim that you lose inches.

The sceptic in me wonders if you’re just sweating out all the water you’ve drunk during the day, but there was something very relaxing about being smothered in gel, wrapped up firmly and left to slowly bake for an hour.

I did lose inches from my body – half an inch from my waist and my  hips, two and a half inches off my arms and an inch off my thighs. This was maintained overnight, and when I measured myself the next day I had lost another half-inch off all of those measurements.

Now, I’m a big girl, so any tightening up of my body would have been difficult to see compared to someone a lot smaller, but I can’t argue with the results. I ate three meals on the day of the wrap, and three meals the next day. I didn’t starve myself by any stretch of the imagination. I can’t imagine that the company would be allowed to make claims that couldn’t be supported, so I have to grudgingly admit that there might be something to these wraps, for short-term losses anyway. No amount of wraps will make a fat person thin – that takes a healthy diet and a sensible amount of exercise.

It was a very strange experience – who would voluntarily turn themselves into some kind of weird microwave meal? But the massage and the nap were nice, and I did lose some inches. I’m not sure if I’d do it again, but it was an interesting way to kick start my weight loss campaign for 2017! 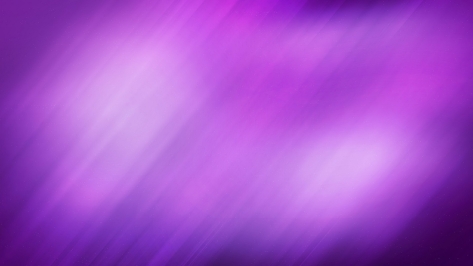